The Forum of London deeply regrets the sad loss of our very dear friend and mentor, Dr Nestor Tamarin. Nestor’s unflagging commitment to the cause of psychoanalysis and the sheer generosity of his spirit in sharing this have touched and inspired many of us. This was his founding act in the creation of our forum and it shall remain his legacy to us, both as a collective and as individuals, who have gained so much from his energy, his enthusiasm and his sincere friendship. We remember Nestor with respect and love. Our thoughts and sympathies are with Daphne, Mia and the rest of his family.

The Lacanian Forum of London

The Lacanian Forum of London is dedicated to the study and transmission of the theory and practice of Lacanian psychoanalysis.

Our  programme of studies for 2022 can be viewed here.

The Forum is affiliated with the International of the Forums of the School of Psychoanalysis of the Lacanian Field (IF-SPFLF), an international federation of forums based in Paris, France.

Following Lacan’s dissolution of his School, the EFP (École freudienne de Paris) in 1980, a number of forums emerged in various countries. The aim of these forums was to ensure continuation of the study of psychoanalysis and to help shape its practice. After a split in the World Association of Psychoanalysis (AMP), the Forums of the Lacanian Field were created with the aim of forming a school of psychoanalysis. In December 2001, the School of Psychoanalysis of the Forums of the Lacanian Field (SPFLF) was established at the Second Meeting of the IF.

The forums look to establish lines of communication between psychoanalysis and other discourses, such as health care, political movements, science, philosophy and religion.

If you are interested in getting involved in the activities of the forum, please email us at forumoflondon@gmail.com. 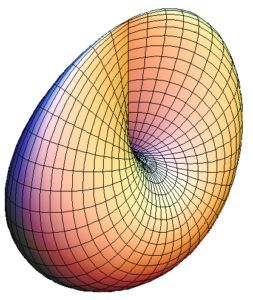