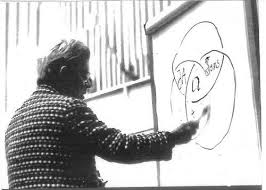 The concept of a school of psychoanalysis was invented by Lacan and the School of Psychoanalysis of the Forums of the Lacanian Field (SPFLF), has the same aims as the original School of Lacan:

The SPFLF awards the title of Analyst Member of the School (AME) for practitioners and Analyst of the School for analysts who have successfully negotiated the pass. The aims and orientation of the SPFLF are based upon Lacan’s foundational texts: